In an ideal world, there’d be no such thing as a summer jacket. Come June each year we’d pack away our outerwear and spend three months sipping mojitos on the terrace, clad in knitted polos, aloha shirts and slightly-too-short shorts. But alas, that’s rarely the case, and for better or worse our summers are more a state of mind than a reliable forecast.

We don’t need to tell you how frustrating it is to leave home under blazing sunshine only to return shivering – or worse, soggy and miserable – but we do need to share with you how to swerve such meteorological switch-ups with some sharp summer layering. These are the best summer jackets for men to throw on this season, and how to wear them. 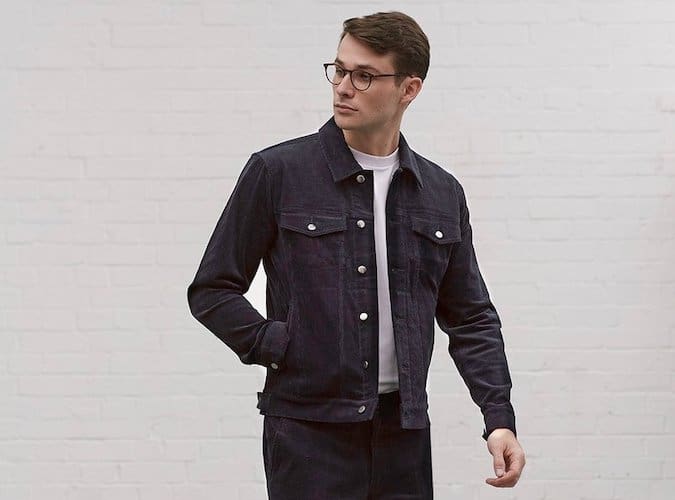 If there’s a piece of clothing more enduring than the denim jacket, we’re yet to find it. Hardwearing, versatile, loaded with history, it’s been a summer jacket staple since the mid-19th century, and shows no signs of going anywhere soon.

The first denim jacket was created circa 1880, but most of the styles seen today are based on the Levi’s trucker (or to give its proper name, the Type III) which was the first to introduce the neat, slim fit and pointed pocket flaps that remain the standard more than 50 years on. Those in a mid-weight denim are the most versatile, allowing you to layer up or down depending on the weather.

As for how to wear a denim jacket, simple layering is key to ensuring you don’t suffocate in your summer denim. “Due to the weight of the jacket, wear it with a plain T-shirt and a pair of chino trousers or shorts,” says Alexander McCalla, a stylist for men’s clothing recommendation service Thread. If you dare to attempt a Canadian tuxedo with jeans and a denim jacket, remember to wear a darker shade on your bottom half with a decent contrast between the two pieces. 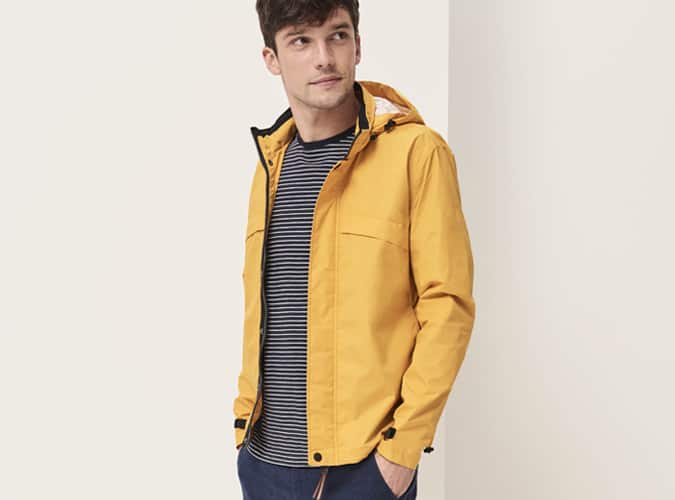 Here’s the thing – it will rain in the summer. It’ll rain when you plan a trip to the beach, or as soon as you decide to walk to the pub instead of taking the bus, which is why you should always keep an anorak handy.

The term itself is a bit of a catch-all, so to be specific, we’re talking about the zip-through pullovers which come in a technical, waterproof fabric. Hooded, drawstring waisted and usually finished with a kangaroo pocket, the anorak is at the centre of the normcore-’90s Venn diagram, and today feels more trendsetter than trainspotter.

Embrace the retro styling of this summer jacket by pairing yours with mid-wash jeans and old-school ‘dad’ trainers in bright primary colours. “You can even play around with the pattern and colour of the layer underneath and add a pop of interest as you zip open the anorak,” suggests McCalla. 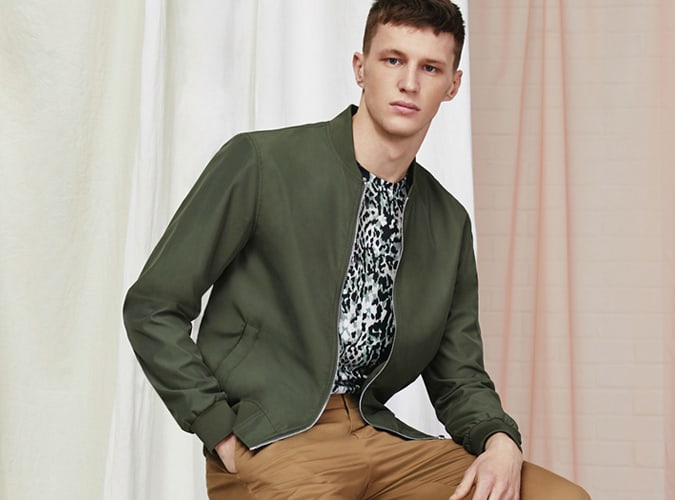 If the denim jacket is the monument of menswear – constant, perennial – the bomber is the ever-changing pop-up down the road. While its heritage is just as strong – initially made for fighter pilots, hence the name – in recent years the bomber has been reinvented and remixed more times than a Lil Nas X track.

Because the original bomber jacket was designed to be worn at high altitude, they often get pretty toasty, meaning it’s smart to save that vintage MA-1 for the colder months. Instead, choose a lightweight nylon replica or a pared-back cotton style for your summer jackets.

“For ultimate versatility, I like to keep my bombers simple and neutral,” says McCalla. A plain khaki style can easily be thrown on with black cargo trousers and sneakers, or smartened up with dark cropped trousers and a printed shirt. Keep the cut slim, as bombers can quickly add bulk to your frame if the fit is too loose. 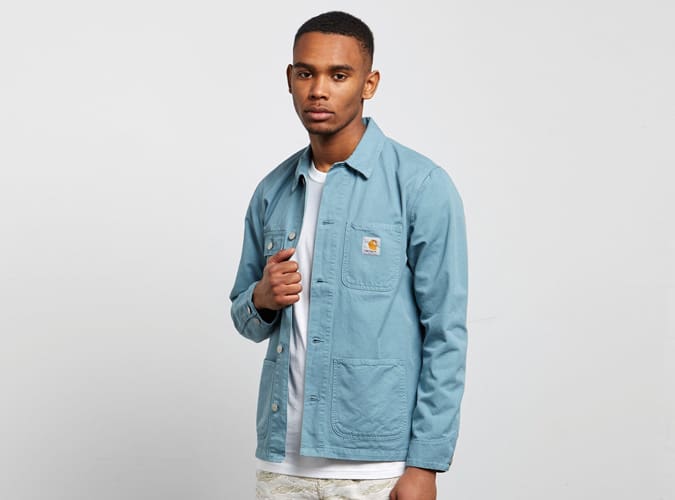 By all measures, the chore jacket shouldn’t be around in the 21st century. First made for blue-collar factory workers in the early 1900s, their large patch pockets (designed for carrying tools) and rugged construction are surplus to requirements in the world of hot-desking and team-building retreats.

And yet, the workwear revival has made a hero of the chore, with a new generation coming to revere its boxy, utilitarian fit and durability. While authentic chore jackets were made from a particularly heavy indigo canvas (hence the French name bleu de travail, or ‘worker’s blues’), some of the best modern interpretations come in lightweight cotton and more upbeat hues of cobalt and off-white.

“Where many summer jackets are quite casual, the chore lends itself to being dressed up a bit more,” McCalla says. A chore jacket can easily be subbed in for an unlined navy blazer to give smart-casual dressing a workwear twist. Wear one over a Breton tee or a pale blue Oxford shirt with navy chinos and clean white tennis shoes. 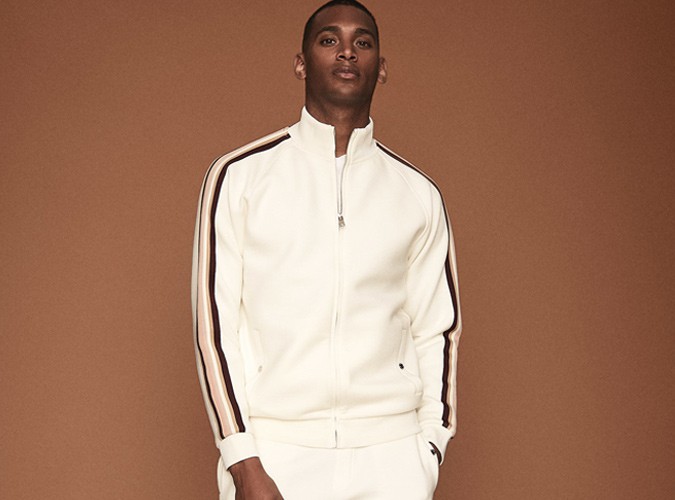 Remember in school when all you ever wanted was to be in with the cool kids? The ones smoking suspicious-looking cigarettes at the back of the bike sheds, resplendent in Rockport boots and lashings of leisurewear?

Well now that you’re a grown-up with qualifications under your belt and money of your own, the time has come to go all-in for sportswear. Thanks to the likes of A$AP Rocky and Gucci‘s Allesandro Michele, retro-styled tracksuits have a new cultural cache that’s more off-duty millionaire than juvenile delinquent.

“Track jackets are great for adding some bold colours into your summer outfit with ease,” says McCalla, who suggests you split up your sportswear and avoid the full shell suit look. “A pair of mid-blue denim shorts will balance out a louder top half, finished off with a pair of pristine running shoes.” 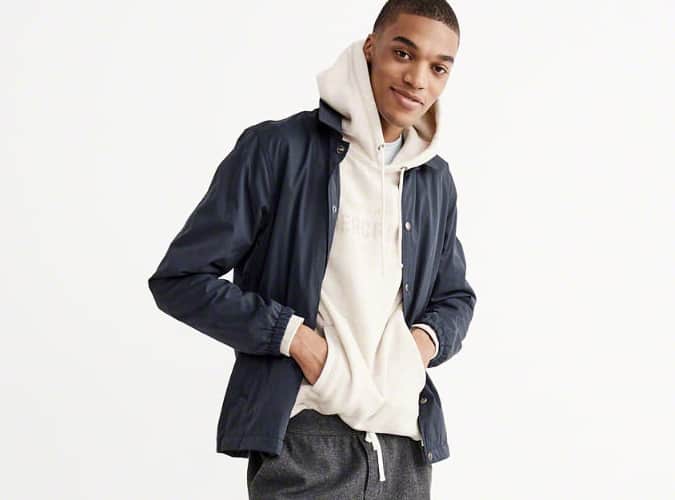 Considering how much of the menswear cannon has been around for, the coach jacket seems to have appeared in our style lexicon overnight. With origins on the touchlines of American football fields, the style was adopted by the likes of NWA in the early ’90s and has since gained a cult following among skaters and the streetwear crowd.

Usually made from lightweight and watertight nylon with a pointed collar, snap button front closure and drawstring waist, the coach jacket has returned to prominence on a wave of nostalgia and makes for an ideal summertime staple.

“When picking up a coach jacket, keep in mind how the skaters would’ve worn it in the ’90s,” says McCalla. A simple black style can be thrown on over a graphic T-shirt with a pair of wide-legged trousers, judiciously rolled up to show off your low-top canvas sneakers.