There’s an argument that tailoring has never been less popular. Where once it would be an almost daily requirement for men to wear suits, now it’s a chore.

This is largely because most people are no longer required to wear a suit to work, and because it’s now possible to look well turned out and be comfortable, all without strapping yourself into a tailoring straight-jacket. Casual dress dominates the menswear landscape right now largely because it’s easy to wear and fun, whereas formal clothing usually isn’t.

What if there was a way to inject some personality into your tailoring though? This can be done through fabric choice and of course colour, but mixing up the cut of your jacket is an easy solution. Sure, single-breasted may be the standard choice, but a double-breasted blazer is perhaps the quickest way to stand out and, due to its versatility, is an easy solution for tailoring experimentation. 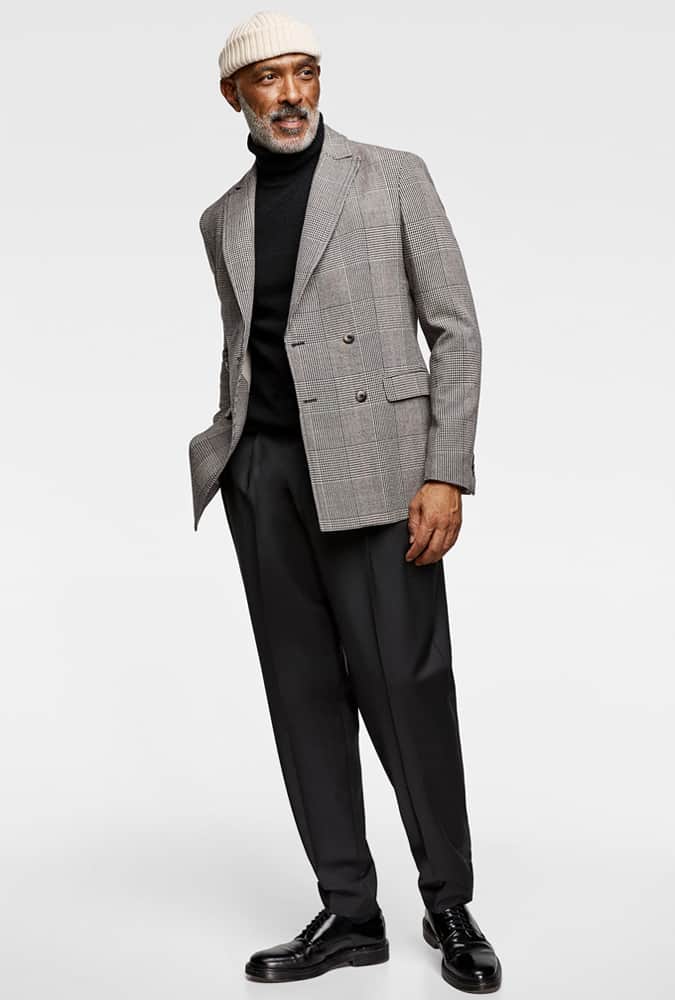 WHY YOU NEED A DOUBLE-BREASTED JACKET

In short, because it’ll make you look good – this is a style that flatters the majority of men. It broadens your shoulders, cinches your waist and hides your belly. The only guys who need to exercise caution are those who are shorter than average: because the jacket is cropped, it won’t do much to elongate the body.

For everyone else, you can dress it up, play it straight-laced and corporate, or unbutton the stuffy connotations with a boxy fit that slopes off the shoulders. Whatever your preferred style, it will see you right for job interviews, first dates, corporate away days, party season and more. Single-breasted blazers simply aren’t as versatile. 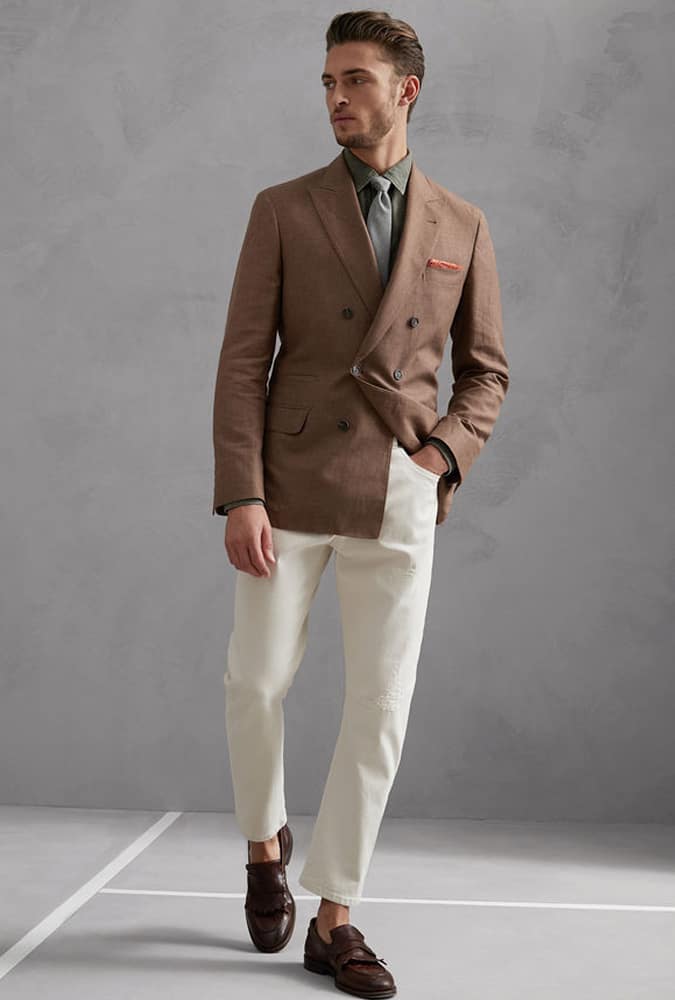 THE BEST WAYS TO WEAR IT

DB or not DB? If that is the question, the most obvious answer is yes – buttoned up, the centrepiece in a corporate suit of armour with smart shoes, a Windsor knot and a gold watch on your wrist. This is ’80s-style power dressing, resurgent lately with boxy, masculine cuts finding their way back into fashion. Look for a slightly shorter jacket than the average single-breasted blazer and wide peak lapels that broaden your upper body for maximum alpha male posturing.

Go with navy pinstripes for the full Gordon Gekko or pare it back with a light grey that’s softer on the eyes but still looks ruthless across the negotiating table. Beneath the double-breasted suit, wear a crisp white shirt if you’re at a wedding or banker stripes if you’re spending the day taking names and making deals. 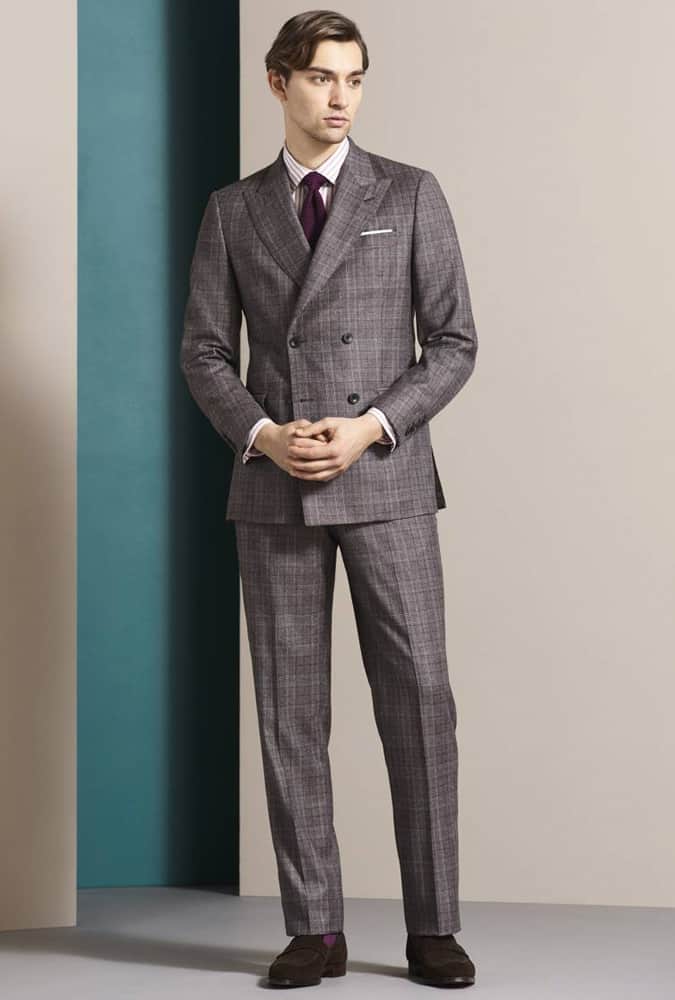 There was a spell during which this was the go-to look for Fashion Week scenesters, especially those at Florence-based menswear show Pitti Uomo. That’s not to say it’s overdone: dapper and rakish, it’s a subtle way of showing off your fashion chops at a corporate event or a summer wedding because with separates, there are always a few things to remember.

First, colour. You need a contrast between top and bottom but one that works harmoniously (cream and olive, say, or brown and charcoal). Then there’s the fabric – a linen for summer, perhaps a worsted wool for winter. And finally, the little peacock-y touches that you pretend were just an accident or afterthought: some pleated trousers, contrast buttons, tonal pocket square and tassel loafers. You card, you. 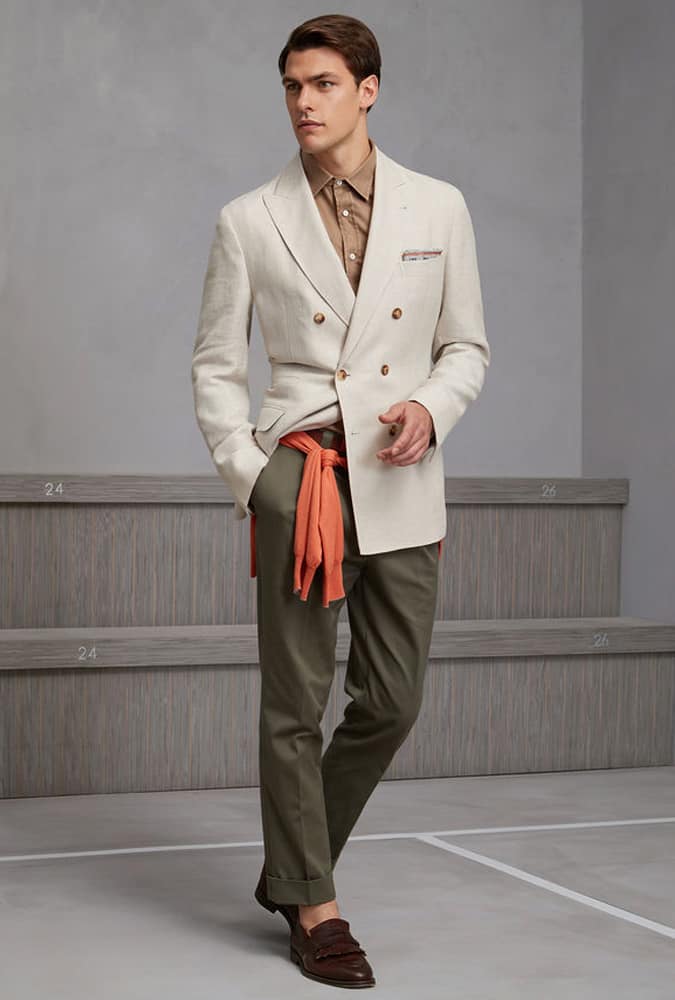 A double-breasted jacket will never be as casual as a trucker or bomber, but that’s not to say it can’t be dressed down. Look for a slightly looser fit, wear it open and pick a style with fewer buttons than the most traditional styles – four or even two. This gives you a versatile all-day look that takes you from morning grocery shopping right through to a late-night bar.

It’s best to commit to the casual look here. Opt for some cropped pinstripe trousers or corduroy and you don’t need anything more formal underneath than a T-shirt or crew neck jumper. Ground it with some stompy Derbies if you like but some minimalist trainers will work just as well. 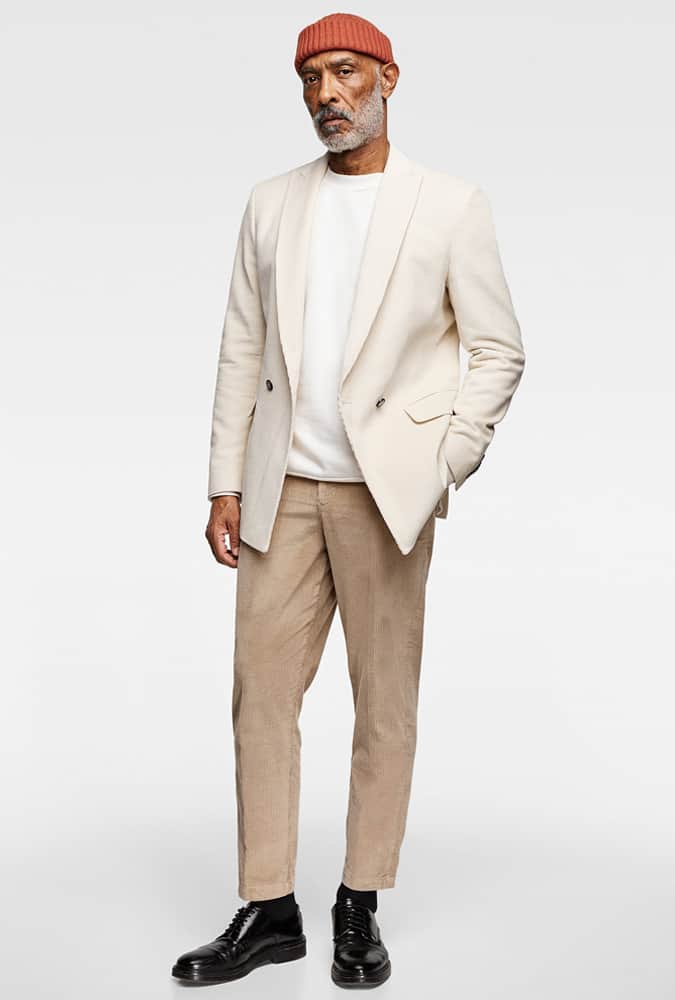 It’s a sign of how far the old rules of menswear have warped that you can now wear a double-breasted jacket with jeans, sportswear and chunky trainers and still get quiet nods of approval from street-savvy passersby. This is the DB as casual outerwear, perfect for autumn or under a winter coat when the temperature drops further.

I’t’s also thrift-store fashion at its best. For it to work, embrace the clash of high and low, formal and casual. Wear some mid-wash jeans, loose, with retro trainers and a sweatshirt or hoodie on top – then turn that student outfit into something more considered by topping it off with an oversized DB jacket that makes your look preppy, grungy, modern and throwback all at once. 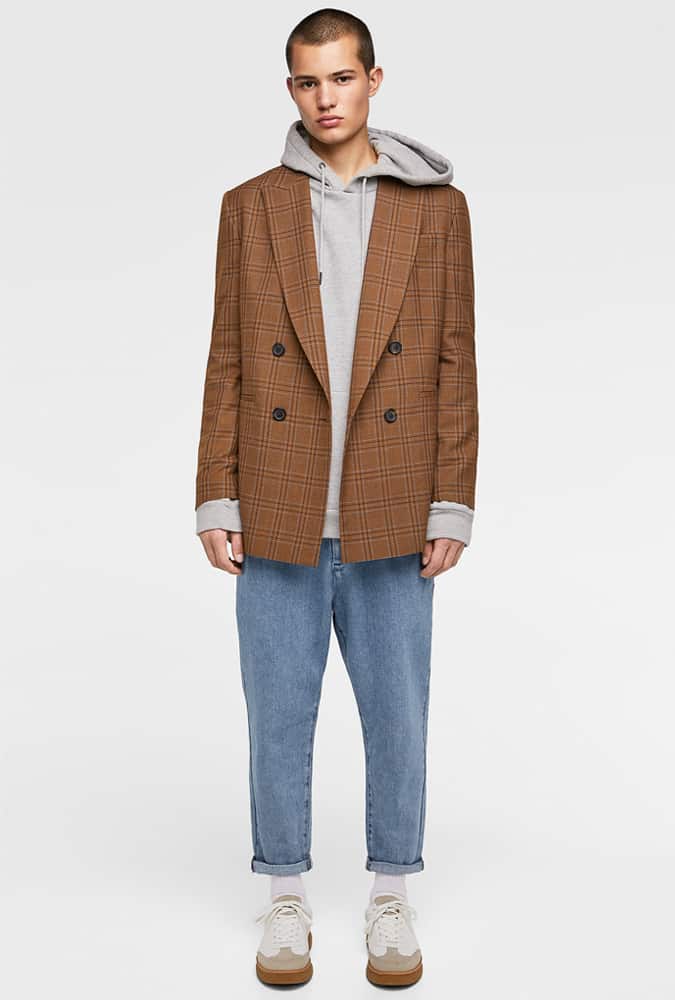 You know when people talk vaguely about the little touches that make an outfit? Here’s one. Button up your DB over a fine gauge roll neck and you’ll instantly look debonair – a rule-breaker just on the right side of dastardly. Why does it work? Well, we think it’s something to do with how the sharp angle of the crisscrossing lapels frames the extended neckline above. It’s the structure and formality of a classic double-breasted look softened for a cocktail bar or first-class lounge.

This is the DB jacket as alternative eveningwear. Darker staple shades work best: blacks, browns, charcoal and navy. A thicker wool roll neck will give off ’70s academic vibes that Wes Anderson would approve of. For something more wearable, stick to lightweight knitwear that plays a little more gentleman spy. 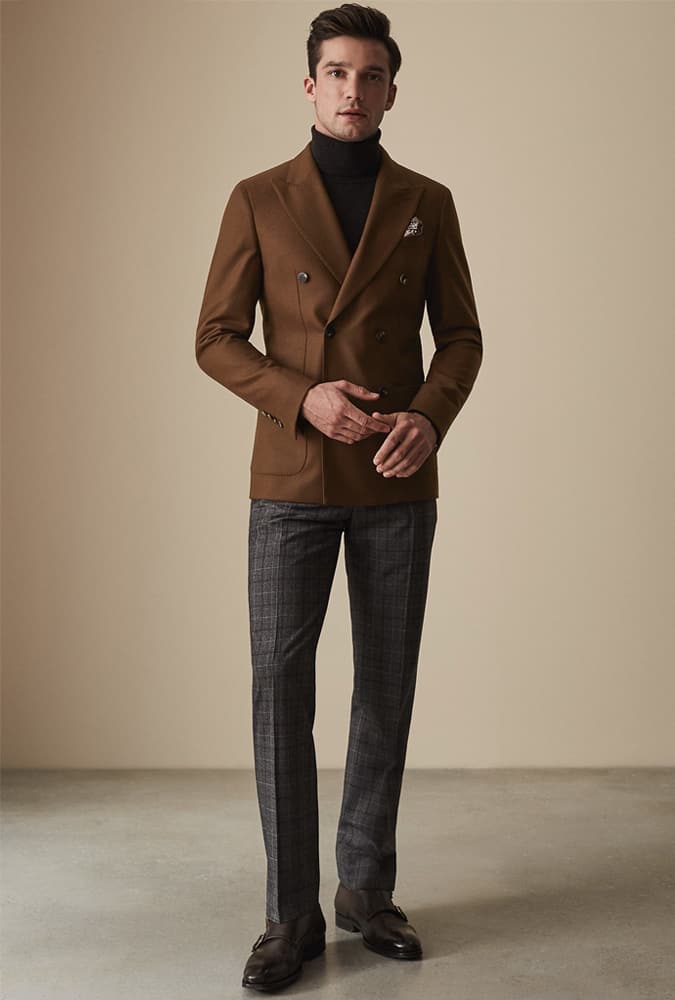